Our Courts and Local Judiciary

Nov 03 Posted by Judge Marilyn Haan in From the Bench 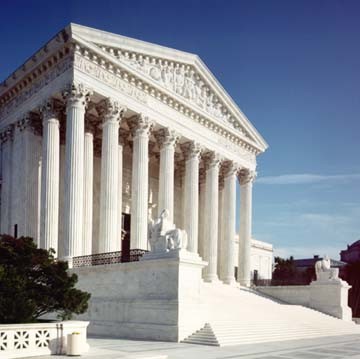 Originally published by the Daily News.

When I flip on the television, I frequently find shows about the justice system. During the news we hear about the latest trial that has caught the attention of the media.
Although there is a draw to these courtroom events few people really know or understand much about the legal system, or more particularly the court. Many people think that is a good thing, because they have not been required to go to court. The reality is that each day decisions are being made by judges here, and across the nation, that directly impact our lives.

The judiciary is comprised of the federal level and the state level. The state level includes the state Superior courts, Courts of Appeals, and the Supreme Court. Although Cowlitz County Superior Court is a state court, it is the judiciary branch at the County level. Below the Superior Court are the District and Municipal courts. The District and Municipal courts are parts of the judiciary, but by law, they fall under the authority of its governing body: the Commissioners for District Courts and the city councils for Municipal courts. [Note: In Cowlitz County the cities contract with the County for District Court judges to handle their cases.]

Superior Court hears two general types of cases, civil and criminal. Civil cases may include divorces, adoptions, and larger personal injury cases. Criminal cases include all felonies, such as murder, robbery, child molestation, and possession of illegal drugs. In addition, all juvenile cases are heard in Superior Court. Why should people care about the courts? Each day major decisions are made by judges that directly or indirectly impact our lives, the lives of our families, children, co-workers, and fellow citizens. To name a few: cases regarding traffic safety cameras, the legality of privatization of liquor stores, countless cases where sentences are imposed on criminals that impact our safety, and cases where a child is placed outside the home in a dependency action because of child abuse and neglect.

As judges we understand the importance of each decision made by us. It is also important for the public to understand what goes on in their courts. All court proceedings are open to the public, with rare exception. We invite you to come and see the courts in action.

The judges will be providing three more articles about the judiciary over the next three weeks. We ask you to learn more about our courts. If you would like more information about our legal system, please see the state court website at http://www.courts.wa.gov or the Superior Court of Washington for Cowlitz County website at http://cowlitzsuperiorcourt.us, which includes a video about misperceptions about the court at http://cowlitzsuperiorcourt.us/index.php/courtnews/myths-and-misperceptions-
about-the-washington-courts.