The Superior Court for Cowlitz County was originally part of a 5 judge judicial district presided over by a single judge. The district included Clark, Skamania, Pacific, Cowlitz and Wahkiakum counties. The county seat for Cowlitz was in Monticello, a small community on the west side of the Cowlitz river about a mile before it joins with the Columbia river. Monticello no longer exists, though an historic marker remains near the site. Monticello remained the county seat from statehood in 1854 until 1865.

From 1865 until 1872, the county seat was in the town of Freeport, which was a mile or so upriver from the old town of Monticello, and was founded by Nathaniel Stone.

From 1872 until 1922, the county seat for Cowlitz County was in Kalama, where the first "real" courthouse for the county was built. 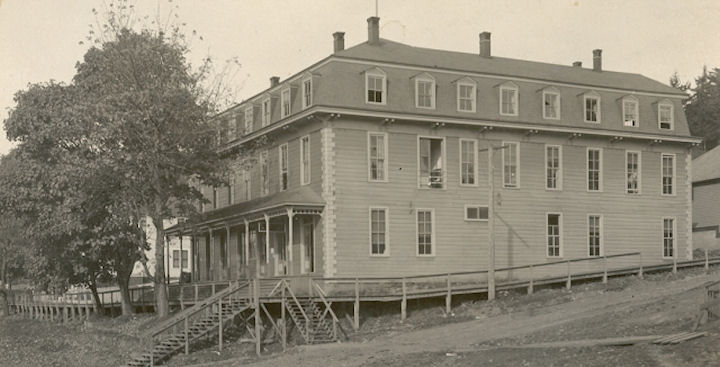 That building no longer exists.

In 1922, until the present time, Kelso became the county seat for the County.

In 1923. the original part of the Courthouse was build in downtown Kelso. Architect was W. W. Lucius, with construction done by C. F. Martin. 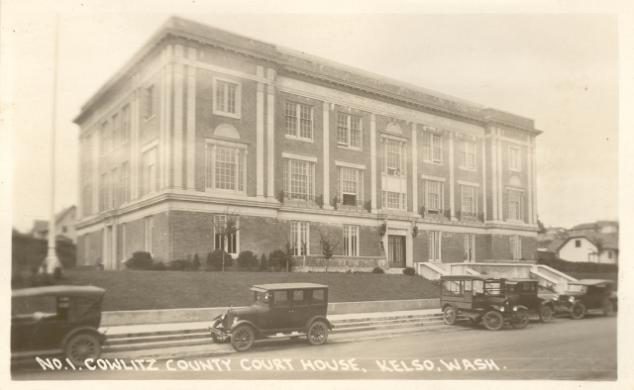 The building remains in use today and serves as part of the building housing a great deal of the county offices including the County Commissioners.

In 1939, they county was growing along with the space needs of county government, so the 1939 addition on to the building, nearly doubling the space inside, was added on. the Architect was Ray V. Weatherby, with construction done by N. Torbt. 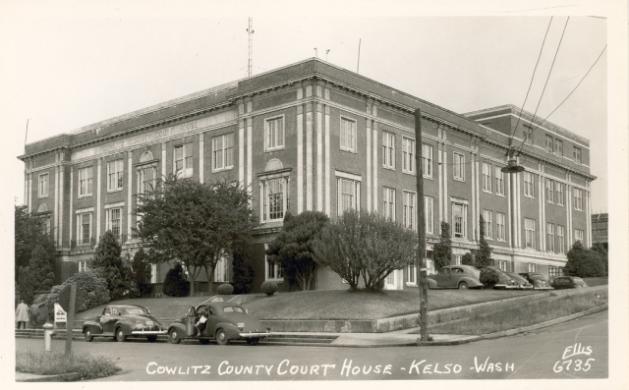 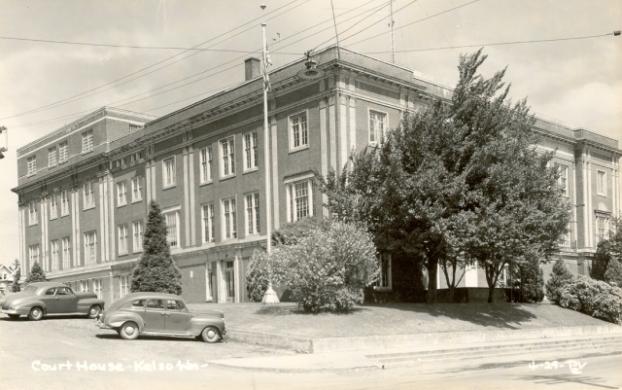 In 1971 it was clear the needs of the justice system were outpacing the available space in the majestic courthouse on the hill in Kelso. Construction for the $5.3 million Cowlitz County Hall of Justice was approved in 1971. There was some debate about whether the building would be built in Kelso, the county seat, or Longview, the county’s largest city. In 1974, it was decided to build along the border of the two cities. Of the 6 original courtrooms, the southernmost actually sits in the Longview city limits. 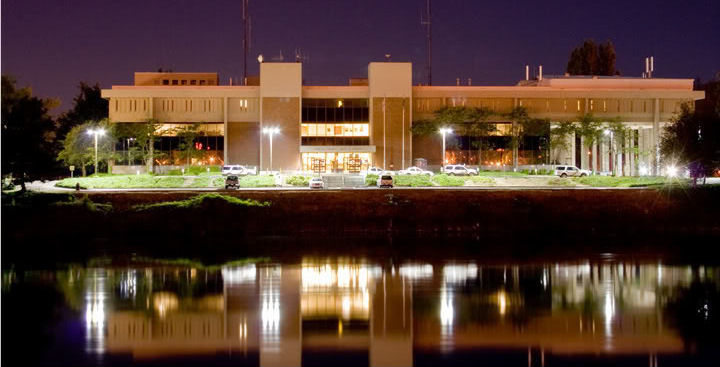 The building was completed in 1975 and contains both Superior and District courts, their associated clerks offices, the Prosecuting Attorney and the Sheriff and records department. 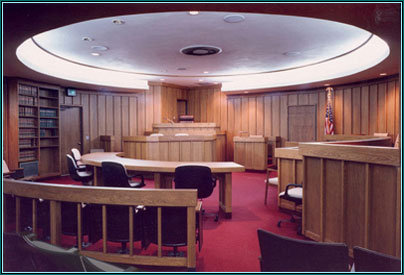 The building was designed at the time with the third floor being dedicated to housing jail inmates with courtrooms on the second floor. 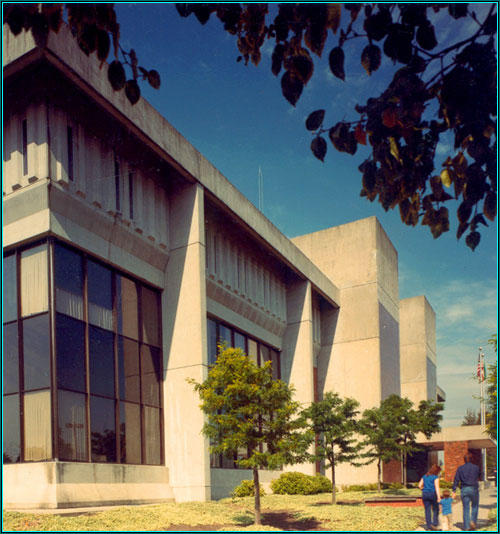 The building was designed by Architect, John Crook and Associates of Longview. 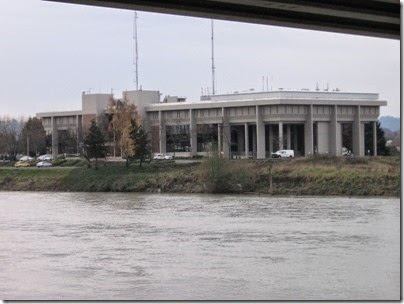